“On the books (OTB)”, sometimes “Business on Books (BOB)” is something we (and I’m sure you too) come across from time to time as a parameter/key figure in the hotel industry.

Here we would like to provide an overview of where the term comes from and how it is used.

Definition “outside” the hotel industry

In general, when not looking specifically at the hotel industry, “on the books” has the following meaning :

“on the books” / “officially recorded”. 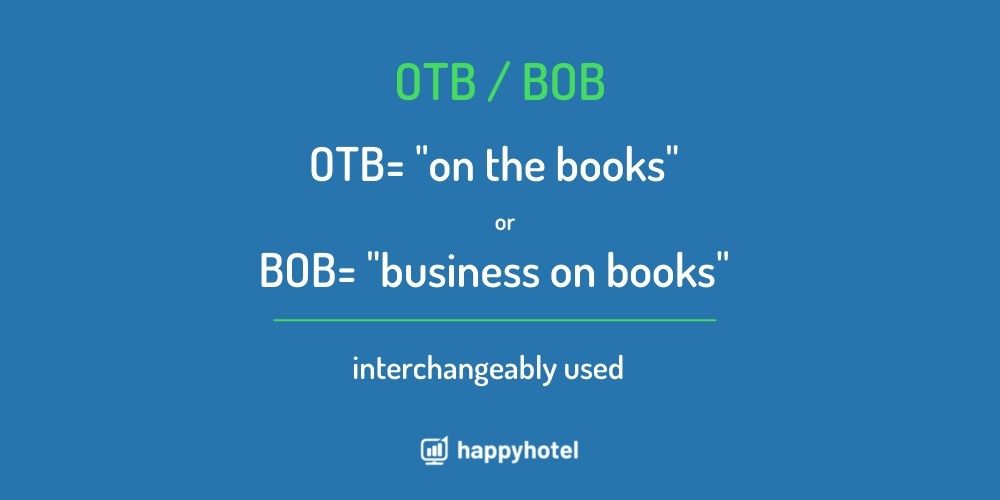 OTB in the hotel industry

In this case, the meaning has adapted somewhat. This term is used to describe the bookings that are really fixed and confirmed. So they are on the books. In our case, this means the Property Management System. That’s where you get the data from.

The key figure is very often used in forecasting. It describes the current booking situation for a certain period. That means the number of booked rooms per day, the existing bookings, the occupancy as well as the average price and the current valuation.

These are metrics that are used when looking at how occupancy or revenue is accounted for in a hotel.

As a term, “Business on Books” and “On the Books” are used interchangeably.