Three, four or five stars – at least every tourist or business traveller is familiar with this concept. Hotel classification is taken for granted outside the hotel and restaurant industry and at most criticised when guests are not satisfied with the standards.

Today, we would like to show how this looks from “our”, i.e. your, point of view as a hotelier: What exactly do the criteria look like? Who actually sets them and what is the point of it all?

Standards and criteria of hotel classification in the tourism markets

First of all: There is no internationally uniform standard. Some Scandinavian countries, for example, do not issue stars as a matter of principle, in Greece the rating consists of long letters.

Classification is only obligatory in two of the tourism markets that are important for us: Italy and Spain. Here, the regional governments regulate the classification of hotels on the basis of various minimum requirements.

In all other countries in Europe, the UK and also in the USA, categorisation is completely voluntary.

It remains to be said: There are no uniform regulations. One can only say that four main aspects are considered in all categorisations: Rooms, bathrooms, basic services of the hotel (for example the reception) and catering. 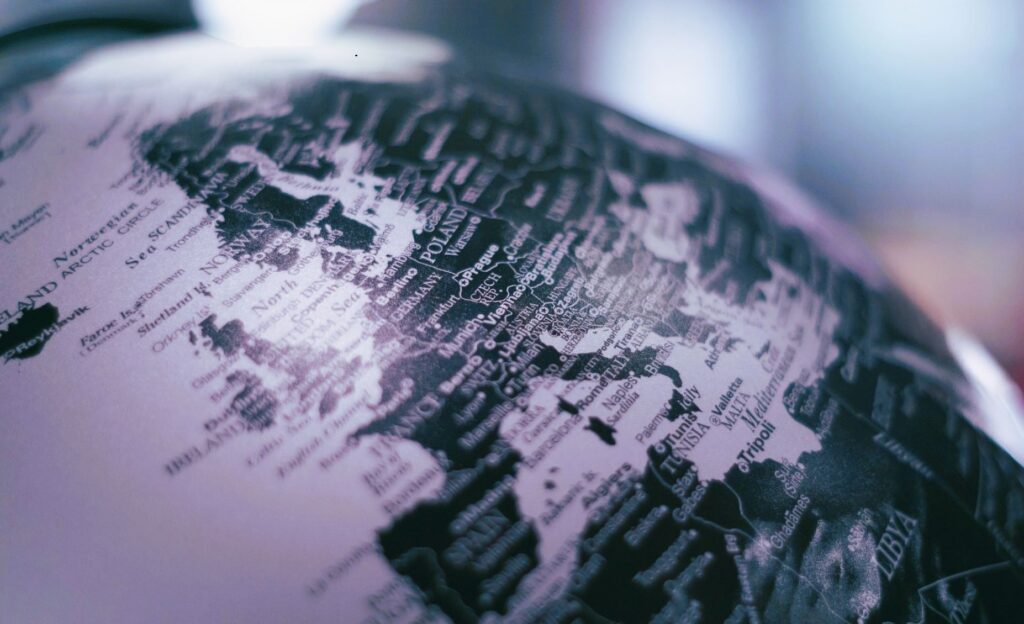 Hotel classification in the UK

In the UK, hotels are rated from one to five stars. The categorisation and rating is done by the AA (Automobile Association) and the national tourist boards: Visit England, Visit Wales, the Scottish and the Northern Ireland Tourist Boards. These organizations have harmonized their systems to ensure consistency and make it easy for potential guests.

The criteria can be viewed on the AA website. It devides itself into hotel, guest accommodation and self-catering accommodation.

In the UK, the stars are generally black. In addition, the AA awards red stars to the best rated accommodation, the “Inspector’s Choice”. 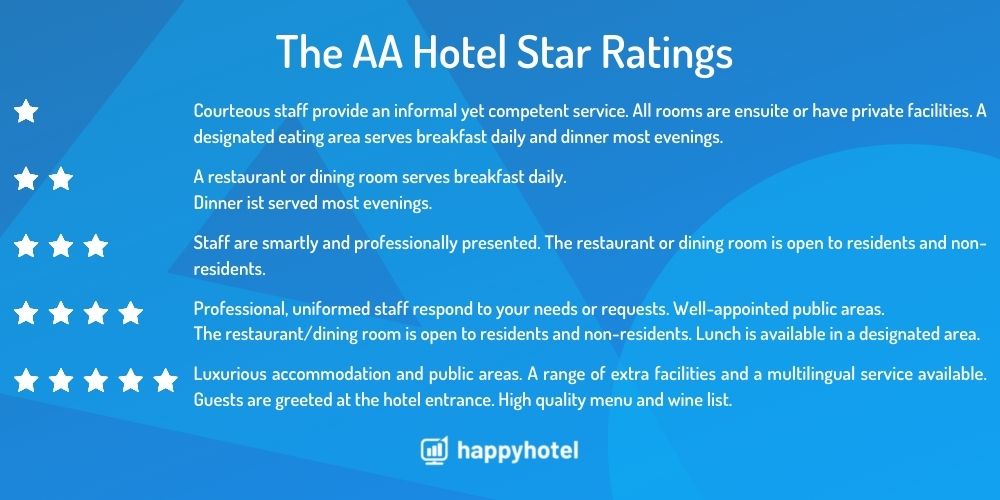 Hotel classification according to DEHOGA and Hotelstars Union

The German Hotel and Restaurant Association (DEHOGA) sets the criteria for granting stars in Germany.

The aim was and is to give guests a transparent classification and evaluation of a hotel’s performance and service. Then in 2009,  HOTREC, the European umbrella organisation of hotel and catering associations, founded the Hotelstars Union. This community aims to harmonise hotel classification in Europe. The hotel associations of the following countries have joined the Hotelstars Union: Austria, Azerbaijan, Belgium, Czech Republic, Denmark, Estonia, Germany, Greece, Hungary, Latvia, Liechtenstein, Lithuania, Luxembourg, Malta, Netherlands, Slovenia, Sweden and Switzerland.

By the way, specially commissioned societies carry out the the classification on behalf of the DEHOGA regional associations.

On the website of the Hotelstars Union, the criteria are also presented in an overview and can be downloaded in detail.

Advantages for the hotelier

With more than 8,000 participating hotels, the German Hotel Classification is a great success. The same is true for the UK. And thus a quality standard that enables hoteliers to use it for specific marketing. Not only national guests, but also international visitors trust the German or European system as well as the system in the UK. The trust and reputation in the stars are high and enable potential guests to pre-select their preferred hotel category.

At the same time, the costs for awarding the stars are on average far below those for a simple advertisement in print media – at least in Germany. Furthermore, they remain valid for 3 years.

Hoteliers thus benefit from the clear marketing message of the hotel stars worldwide. Here you can see more about the advantages (only english subtitles):